Not sure what to put on flatbread pizza? We’ll teach you how to make pizza with whatever toppings you have on hand. It’s the easiest way to make pizza you’ll ever come across!

Here at Cook Smarts, we love pizza. Crispy crust, melty cheese, the nutty sweetness of roasted veggies or the nostalgic classic flavors of cured meats — no matter the style, we’re in! And as more families are cooking at home during quarantine, a weekend meal at your favorite pizza parlor may well be turning into a fresh-from-the-oven slice around the dinner table.

But sometimes, dealing with dough just seems like a little too much work. Pizza should be fun, not feel like a chore. That’s why our homemade flatbread pizza formula relies on premade flatbread instead of raw pizza dough. Simply add your toppings, warm it up, and voilá — pizza! However you make it, homemade pizza feels indulgent yet hearty, and is a great way to use up leftover veggies or sauces, especially if you like getting creative in the kitchen. (And hey, sometimes the best pizzas involve the most unexpected combinations!)

For the flatbread base, you can use any sort of flatbread or prebaked pizza crust, including naan, pita bread, frybread, focaccia, lavash — even slices of crusty sourdough bread! Get your oven preheating to 350 degrees F before you start, then top your flatbread with your sauce and toppings, in the following order:

If you’re going with a traditional tomato sauce on your pizza, you can start with a jar labeled “pizza sauce,” which will contain less water than other types of tomato sauce. Don’t have pizza sauce? No problem! Flatbread pizza can handle a little more water than traditional pizza, so you can use any tomato sauce, canned tomatoes, or leftover marinara pasta sauce you have on hand. If your sauce contains meat or veggies already, all the better — you can just skip adding those on later!

Aim for about 1½ cups of sauce for 4 servings  — or 4 individual flatbread, such as naan or pita bread. And remember, you can get very creative with what you use as a sauce! Try these alternatives:

Try some of our top sauces with these 5 Sauce Recipes You Can Use on Everything!

Mozzarella is the traditional pizza cheese, of course, but there are lots of other cheeses to choose from! Go easy on the cheese, as it tends to spread out when it melts, and it’s easy to accidentally use too much. About 8 oz of cheese for 4 servings is what we recommend starting with. Here are some of our favorite cheese options:

Think outside the (pizza) box and experiment with flavors you may not find at your local pizzeria! Anything goes when it comes to topping your flatbread pizza, especially leftover veggies from previous dinners or other bits and pieces that need to get used. The great thing about pizza is that it doesn’t require a lot of veggies — in fact, too much and your pizzas may get soggy. A single bell pepper, a few mushrooms, or a small container of leftover roasted broccoli can stretch to 4 servings when it’s spread out over 4 naan pizzas.

We recommend choosing up to 4 types of vegetables, ideally spread out over the following categories, using 1 to 2 types per category.

Alternately, mushrooms and bell peppers can be cooked before being used to top pizza. Raw spinach, arugula, romaine, and fresh herbs can also be put on a hot pizza straight out of the oven.

Jarred or canned vegetables, including:

Cured meats, such as pepperoni and salami, can go on your pizza straight from the package, though microwaving them for 30 seconds on a paper towel will help reduce the grease. Other meats, such as sausage, chicken, bacon, and ground beef, should always be cooked before using.

This is another great opportunity to use up leftovers from previous meals, such as slow cooker pulled pork, baked chicken, or seared sausages — simply cut them into bite-sized pieces and throw them on the pizza!

You can also opt for vegetarian proteins such as vegan sausage, seitan, tofu, or lentils. And one of our favorite flatbread pizza toppers is a fried egg, which you can add at the end, once the pizza comes out of the oven.

If you’re using fresh herbs on your pizza, they can be added before or after cooking, but you’ll want to have them ready to go either way. Depending on the other toppings you’re using, some herbs and additional flavorings you may consider include:

Assemble your flatbread pizzas in the order listed above. If your flatbreads are small enough, let everyone assemble their own pizzas with their toppings of choice. Cook at 350 degrees F for 5-10 minutes, or until the cheese is melted and the sauce and toppings are warmed through. Enjoy!

You can’t go wrong with flatbread pizzas, no matter what ingredients you choose. But if you need a jumping-off point before diving into your own creations, try some of our favorite flatbread pizza recipes here: 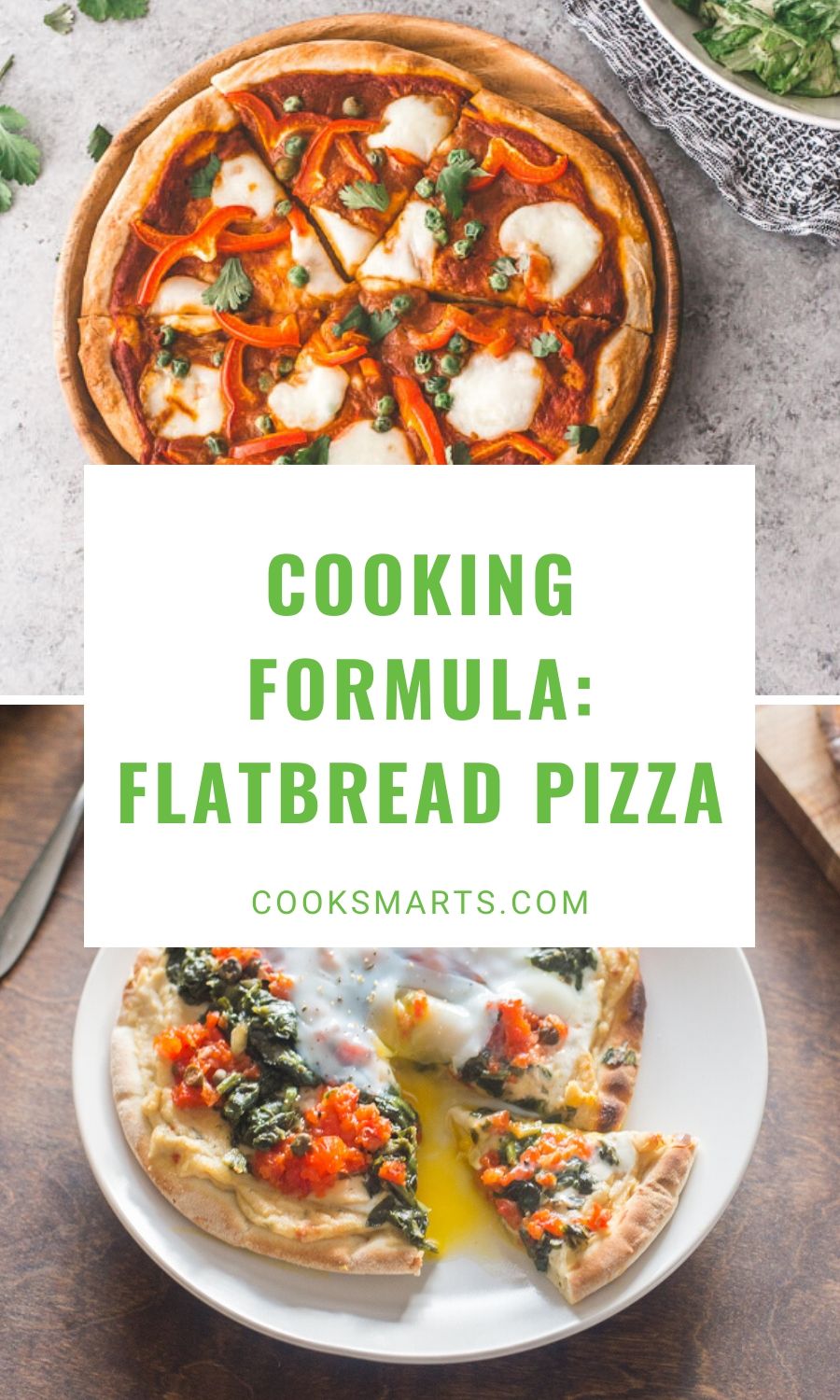